“Then Peter came up and said to him, ‘Lord, how often will my brother sin against me, and I forgive him? As many as seven times?’ Jesus said to him, ‘I do not say to you seven times, but seventy-seven times.’ ” – Matthew 18:21-22

“For I desire mercy and not sacrifice, the knowledge of God rather than burnt offerings.” – Hosea 6:6

Three tiny words. They are easy to speak with our tongue – often hard to live with our heart, but its at the heart-level that it is vital. Forgiving those who’ve sinned against us is vital for our very lives. Each and every one of us are not without some sin, but God who is fully, completely, and perfectly without sin has forgiven us. James 2 reminds us that if we break only one law (it doesn’t matter which one!) we become “lawbreakers”. And so since we have all broken at least one of God’s laws, we’re all lawbreakers. And if we’re honest, we’ve all broken more than just one and each of the laws we’ve broken, we’ve broken more than once. I certainly have.

But even though we have continually sinned against God, His mercy has been shown to us and it is His mercy that has won us and won the victory for us. God has not won our hearts nor the battle against sin by condemning us to what we deserve for sinning. Our Savior won our hearts because of His great love for us. He won our hearts because of His mercy. And also, in reverse, it is not a sacrifice that we made, nor anything we’ve done to triumph over our own sin or justify ourselves (remember – the first law we broke, we were done for) – it is the mercy and forgiveness of God that has saved, rescued, triumphed, redeemed, and is restoring us. 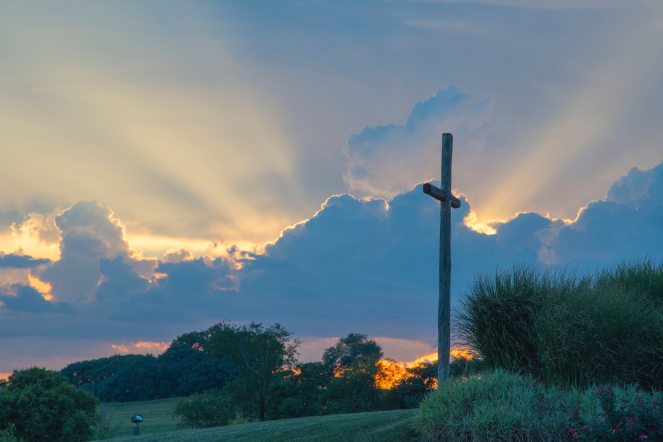 So, if God has shown mercy and given us forgiveness that we didn’t earn and certainly don’t deserve (we have given more grief to God than we ever get from one another), then we have no business withholding mercy and forgiveness from someone who has mistreated, hurt, or in any way sinned against us. Jesus makes this very clear in Matthew 18 when He explains that if we fail to forgive and show mercy to one another, we will no longer be recipients of God’s mercy and forgiveness.

Yikes. Does that motivate your heart? It does mine.

One of the things I astronomically appreciate about God and my relationship with Him is that He has shown me great, completely unmerited mercy! There is no way I want to give that up, especially not because of some human being that was unkind to me and holds nothing on my eternal life with The Father. I don’t want to throw away the mercy and forgiveness of God for me because of someone who is not my Heavenly Father, is not the Creator of the Universe, and has no ability to adopt me as the daughter of an Eternal King.

When I hold the light of God’s mercy for me on the things that have happened and the ways that I’ve been hurt, my heart is softened so much more. I was ready to forgive before, but now, considering my great need for His mercy, I’m so much more ready! In fact, my heart is heavier and more saddened as I think about the difficulty their sin has caused for their own lives and I’m thankful on their behalf that God has the same mercy and forgiveness for them as He has had for me.

To the one who left: I wholeheartedly forgive you for being driven toward your own agenda instead of listening to wise counsel around you. And I am sorry that you are having to learn the hard way that comes from pride and your own self-determination to get things done the way you think they should be done instead of in the greater blessing that comes from humbly waiting on God to develop that leadership and influence in you. I forgive you for driving yourself away from all of us by acting like Jacob when he stole Esau’s birthright due to a prophecy and then had to run away to save his skin. I am sorry that you are having to walk through more waiting and uncertainty as you learn the lessons God is walking you through. I forgive you for making the leadership mistake Solomon’s son made in not accepting the counsel of wiser and older people around you over the opinions of younger and more inexperienced people and I pray that instead of great demise like what happened to Rehoboam, that you will understand the benefit of humility and learning from the ones God has placed with wisdom around you. I pray that you would have a greater leadership impact like Jesus who did not consider equality with God to be His for the taking yet had the biggest, most lasting impact on the world of any man who had come before or has been since.

To the one who has struggled with depression and self-image: I wholeheartedly forgive you for being so consumed with what has happened to you that you have succumbed to your own weaknesses and done wrong to those who’ve held you in high regard. I forgive you for running away in the face of conflict and I pray that you will grow stronger as the people around you who love you help you to stand firm. I forgive you for taking credit for all those years for the things that others did behind the scenes that made you look good in the spotlight. I forgive you for taking your queues from poor, prideful, and controlling leadership that came before you instead of investing your strength and efforts into bettering yourself and your leadership potential to pour back into the people you have led. I pray that you will surround yourself with people who you will allow to be honest with you, even if it feels uncomfortable and confrontational. I pray that you will have great courage to listen to their loving wisdom and do the things that they suggest weighed against the wisdom of God. And I pray that you will give more credit to those that God has blessed with gifts different from those he has blessed you with. That as you stand in the spotlight, you will increasingly, more and more pull out your mirror to reflect that light back on the glory of God and His hand at work in the people around you.

To the one who lied: I wholeheartedly forgive you for the deep wounds you have caused so many who put such great, deep trust in you. I am sorry that you allowed yourself to be separated from true accountability and that the Enemy dragged you off by yourself for so long that you began to believe all the lies were actually truth and that you continued in them as a result. I forgive you for betraying our trust that was almost child-like as one has for their parent. I forgive you for starting so many good things that we now loose because of the consequences of your sin. I am thankful on your behalf that the truth finally came to light because I can’t imagine what more mire and muck you were headed for in that dark blackness of lies all alone. I am sorry that so many have been hurt so deeply, in life altering ways because of your dishonesty and I pray that each one is able to come to forgive you from their heart as well. I pray that as God already had blessing, healing, and freedom planned ever since the garden and all the way through the Old Testament, that God would speak also directly to you His specific mercy, freedom, healing, and blessing waiting for you. I am sorry that you have to live with the weight of all of this but I am thankful that you do and pray that it will bring you truthfully deeper and closer to God and that the next time we hear from you, it will be nothing but truth and all to the glory of God, humbly accepting nothing other than our love and forgiveness for you.

Daughter of The King. Lifelong learner. Pursuing God’s best dreams for me, my family, and His Church. View all posts by Sarah Hubbard

This site uses Akismet to reduce spam. Learn how your comment data is processed.